THE BEARS' FAMOUS INVASION OF SICILY

*In Barcelona, will be in French (original version) and Spanish subtitles.

Tonio, the Bear King’s son, is captured by a group of hunters in the Sicilian mountains. With the arrival of the harsh winter threatening his people with starvation, the Bear King decides to invade the men’s kingdom. Although they manage to find Tonio, they soon discover that bears are not destined to live in the land of men.

The story of how bears end up invading Sicily to retrieve King Bear’s lost son is actually a parable about colonisation, cultural appropriation, and the despotic use of power. The multiple layers of meaning and exquisite artwork transform something apparently childlike into a film with universal appeal.

Lorenzo Mattoti (Brescia, Italy, 1954). After studying Architecture, he decided to dedicate himself to the world of comics, and today is a leading artist of this art form. He is the author of works such as El señor Espartaco and Estigmas y fuegos. He has illustrated several children’s books (such as Collodi’s Pinocchio and Stevenson’s The Pavillion on the Links) in addition to his work in the fashion world and on advertising campaigns. He has illustrated covers for The New Yorker and Le Monde and designed important posters, such as the one for the Cannes Film Festival in 2000. In the world of cinema, he has collaborated with Wong Kar Wai, Soderbergh and Antonioni (Eros, 2004) and directed alongside other comic book artists the film Fear(s) of the dark (2007). The Bears’ Famous Invasion of Sicily, his first feature film, premiered at Un Certain Regard at Cannes Film Festival. 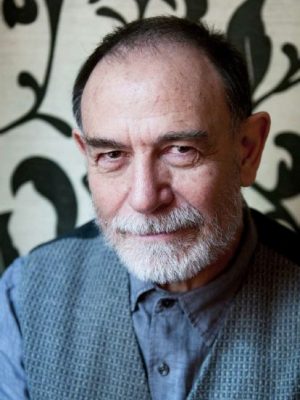